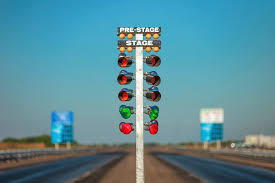 Robert M. Garrett, age 64, of Rochester, died Wednesday, June 10, 2020 at his residence. He was predeceased by his parents, Stanley and Louise Garrett and sister, Barbara Kline. He is survived by his sister, Gail Garrett of Piffard, brother, Wayne (Nora) Garrett of Linwood, brother in law, Michael Kline of Rochester, several nieces, nephews and cousins. Robert was born June 12, 1955 in Rochester, NY the son of Stanley and Louise Willis Garrett. He was a graduate of East High in Rochester. Robert was a Mechanic and later retired as a Dispatcher for the City of Rochester. He enjoyed Drag Racing at Leicester Speedway and was a NASCAR fan. Due to COVID-19 no prior calling hours, a Celebration of Robert's Life will be held at a later date to be announced. In lieu of flowers, memorials may be made to Charity of one's choice.