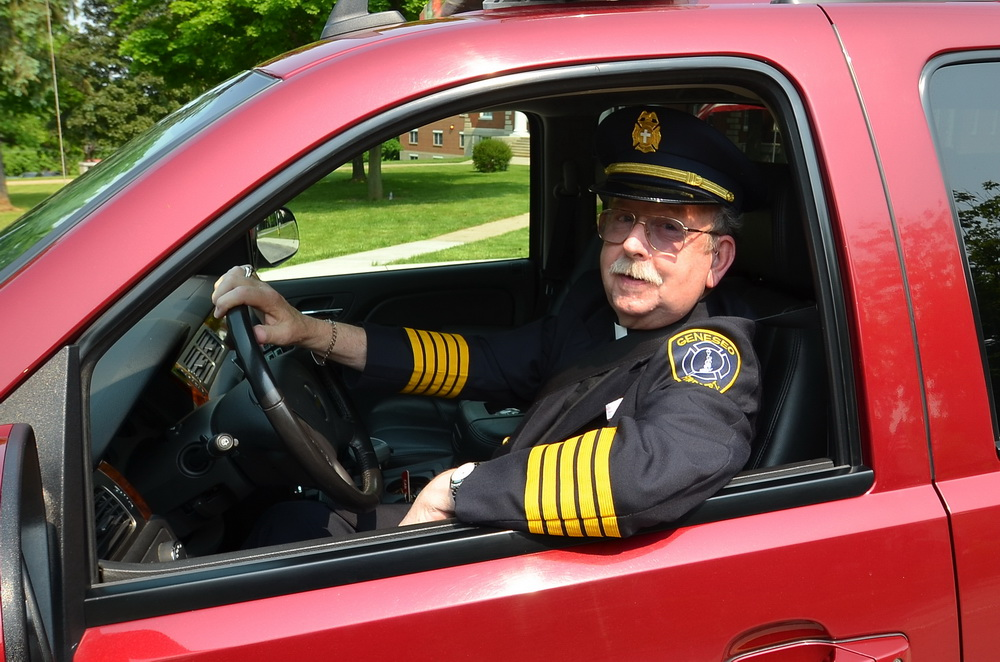 Terry was born in Huntington on Long Island. He spent his early years on Eastern Long Island graduating from Mineola High School. After graduation from High School he attended SUNY Geneseo. Terry graduated with triple certificates in Speech, Drama, and Elementary Education. While there he met the love of his life, Dianne Tanner. Following their graduations they remained in Geneseo and were married in St Michael's Episcopal Church on August 22, 1959. They never moved from Geneseo raising their family in the Village. Throughout those years Terry became very involved in the community. Terry was a big part of St Michael's Episcopal Church. He was a Eucharistic Minister, a Verger and eventually was ordained as a Deacon at the age of 72. Terry belonged to the 3rd Order of St. Francis too. As a young man he joined the Geneseo Fire Department in 1964. He became the Chief of the Department in 1972 and remained the Chief until 1975. He was a life member and an active member for over 50 years. During that time he became the department Chaplain and remained the Chaplain for over 30 years. Terry was the Chaplain for the Livingston County Sheriff's Department as well. Terry held a public office for the Village of Geneseo in the early 2000's and was also a member of the Kiwanis Club of Geneseo. Not only did he have an effect on the Geneseo community but he was an Elementary School Teacher at Honeoye Central School. He influenced many young minds and his students loved his style and quirks. Terry remained at the school retiring after 35 years. Terry will be missed by his family, friends and the community. Rest easy. We love you.

No prior calling hours. A Memorial Service will be held on Saturday, May 8, 2021 at 2 PM at St. Michael's Episcopal Church in Geneseo. Interment will be in St. Michael's Memorial Garden.

Share Your Memory of
Rev. Deacon Terrell
Upload Your Memory View All Memories
Be the first to upload a memory!
Share A Memory
Plant a Tree