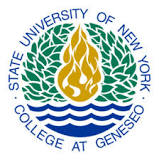 Scott was born on April 16, 1939 in Dallas, TX the son of Joseph and Jettie Hollingsworth Ray. He earned his Bachelor's degree from Indiana University in 1961 and his MFA from the University of Utah in 1970. He began his teaching career in the Department of Dramatic Arts and Dance at the State University of New York at Geneseo in 1965. During his tenure at Geneseo, he served as Associate Professor and Director/Choreographer of the Geneseo Dance Ensemble and over 20 musicals. Scott was a respected and much-loved teacher and mentor to many generations of students. His unique gift as a teacher was his ability to identify a student's potential and nurture that talent in an environment of mutual respect, a strong work ethic and increasing challenges. Students were encouraged to express themselves and take risks. They were inspired to build confidence and thrive without fear or judgment - often exceeding their own expectations.

After a long and successful career, he retired in 1998. To honor Scott, in 2014 The Dance Studies Program began offering outstanding students The Professor of Dance Emeritus, Scott J. Ray Annual Scholarship for Artistic Potential in Dance Studies.

Scott enjoyed traveling around the world and spent many happy summers at his second home in Bardstown, KY. He served as Director/Choreographer of the well-known amphitheater production of The Stephen Foster Story. He began as a performer in 1961, returned as Director/Choreographer from 1971 through 1995 and supervised the show's two tours of Japan. He also directed an additional musical each summer season, frequently providing Geneseo students with their first professional job, thus launching many successful theatrical careers.

Scott maintained strong relationships with many of his graduates, never missing an opportunity to celebrate their successes, while remaining humble about his own accomplishments. Often these relationships grew to be genuine lifelong friendships. His quiet sense of humor and passion for teaching has inspired many of today's educators and performers. They now utilize his invaluable gifts in their own lives and careers and pass them to the next generation. As gifted a teacher as Scott was, most importantly, he was a true friend. He will be greatly missed by everyone whose lives he touched.

Scott's loved ones would like to thank The Vincent House for their kindness and loving care. Due to COVID-19 there will be no prior calling hours. A celebration of Scott's life will be held at a time and date to be announced. In lieu of flowers, memorials may be made to The Vincent House, 310 Second St., Wayland, NY 14572.

Share Your Memory of
Scott
Upload Your Memory View All Memories
Be the first to upload a memory!
Share A Memory
Plant a Tree