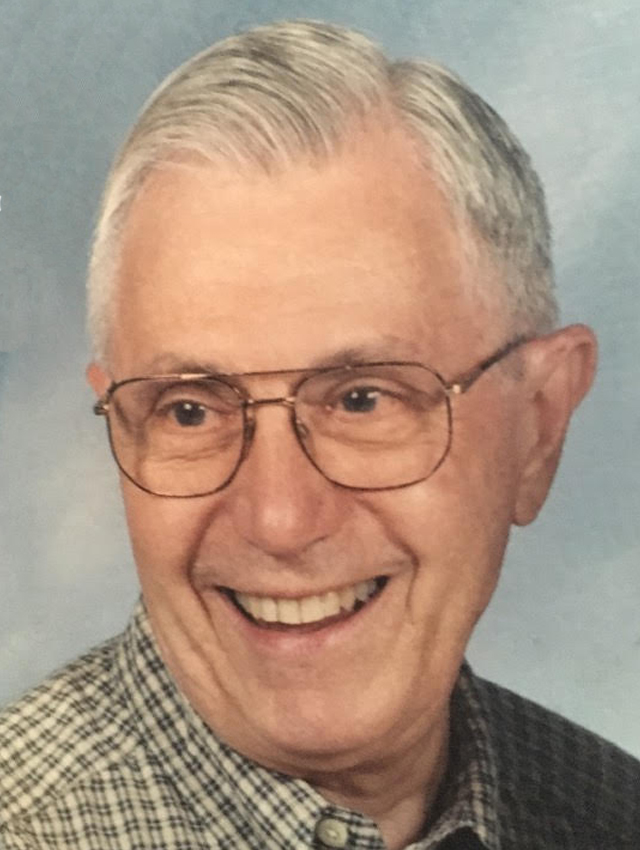 Carey Edward Vasey, age 93, of Geneseo, NY passed away quietly and suddenly from a heart episode while holding his wife's hand on Tuesday, September 22, 2020 at the residence of his daughter in Raleigh, NC.

He is survived by his wife of over 70 years, Alberta "Bertie" Vasey, his children, Rev. Brian (Joanne) Vasey of Lewisburg, PA and April (Michael) Bryant of Raleigh, NC, his grandchildren, Brandy (Steve) Aguirre, Timothy Vasey and Olivia Bryant, and his great grandchild, Diana Noelle Aguirre.

Carey was born February 12, 1927 in Bristol, PA the only child of Edward Carey and Eliza Scheetz Vasey. A World War II Veteran, he graduated in absentia from Bristol High School and enlisted in the United States Navy in 1945, where he served as a Pharmacist's Mate. On December 26, 1949 he married Alberta Wright Wicks. Carey graduated from Lycoming College, Williamsport, PA in 1953 and pursued advanced study at the Environmental School of Forestry (ESF)/Syracuse University, earning first his Masters and ultimately completing his PhD in 1975. His specialization was Entomology. He joined the Biology Department Faculty at SUNY Geneseo in 1964, where he advised countless students, served on multiple committees, taught a variety of classes and labs, and was able to research and maintain an extensive insect collection. The bulk of his collection is now housed at the New York State Museum in Albany. In 1977, Carey discovered and identified a new species of insect: Xylomya terminalis Vasey. He served as liaison between SUNY Geneseo and ESF for many years, and retired as a professor in 1991. As a Professor Emeritus, he enjoyed the company of fellow retirees at many college sponsored events for almost 30 years. Carey had been an active member of St. Michael's Episcopal Church where he raised his family, sang in the choir and served on the Vestry. More recently, he had joined St. Timothy Lutheran Church where he had many friends, volunteered as needed and occasionally served as lector. In addition to his faith, family and love of learning, Carey enjoyed studying history, listening to Big Band music and watching baseball "Let's Go Mets!".

Share Your Memory of
Carey
Upload Your Memory View All Memories
Be the first to upload a memory!
Share A Memory
Plant a Tree