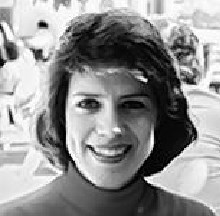 Holli Hepler Bush, age 61 of Beavercreek, Ohio, passed on to Glory September 29, 2020 at Ohio's Hospice of Dayton. She was preceded in death by her father, Paul Hepler, just 66 days prior.

Holli was born on January 24, 1959, at Strong Memorial Hospital in Rochester, NY. She grew up in Geneseo before enlisting in the United States Army. Holli served as a Military Police soldier at the US Army Garrison, Heidelberg, Germany. Holli was gifted in Art. She earned her Bachelor's Degree in Art with a minor in Photography from Sonoma State University, Rohnert Park, CA. In 1987, Holli met her future husband, Robert, in Richmond, VA, where they both resided. They were married in 1990 and remained in Richmond for six years. After working as a legal secretary for several years, Holli began her varied nine year career at American Honda Motor Company where she worked in both Customer Relations and then Parts Management, the latter in Omaha, NE. Holli had superior administrative skills and was known for her hard work and focus. From 2005 until 2010, Holli worked as a budget manager and financial analyst at the Defense Threat Reduction Agency on Fort Belvoir, Virginia. She then moved to Beavercreek, Ohio, to serve as an executive secretary at the Air Force Materiel Command headquarters on Wright-Patterson Air Force Base where she facilitated Air Force strategic deterrence and nuclear integration missions. In 2017, she transferred into a resources management role before retiring early due to health concerns.

Holli's Christian faith defined her life. She had strong character, was a good listener, and showed incredible generosity. Her family was very important to her and was always grateful for her detailed recollection which caused her to be crowned family historian.

Share Your Memory of
Holli
Upload Your Memory View All Memories
Be the first to upload a memory!
Share A Memory
Plant a Tree