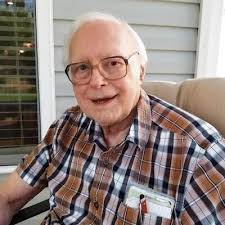 Please share a memory of William to include in a keepsake book for family and friends.
View Tribute Book

William Dean Leyerle, "Will" or "Bill", 89, of Sun City Carolina Lakes at Indian Land, S.C., and formerly of Mount Morris, New York, passed away at his home Saturday evening, June 27, 2020. His loving sister, Betty and brother in law, Howard, were with him.

Will was born February 2, 1931 in Cape Girardeau, Missouri, to Muriel and Fred Leyerle. In addition to his parents Will was preceded in death by his wife of 61 years, Anne. He is survived by his sister, Betty Leyerle and her husband, Howard Nichols of Indian Land, S.C. He is also survived by his beloved cat, Lizzie.

Will was raised in Cardwell, Missouri, where he graduated high school in 1949. He was president of the student council his senior year. He went on to receive a BS degree in 1952, with majors in Music, English, and Education, and a minor in Speech, from Southeast Missouri State College in Cape Girardeau. Will earned his Master's degree in Music Education from Millikin University at Decatur, Illinois, in 1960.

Will was a veteran of the United States Air Force, serving from April 1955 to June 1956. He was a member of the Drum and Bugle Corps which performed at a number of large venue events. Before settling down to a University teaching career, Will pursued a professional career in vocal music. He studied with many international performers. Will was a finalist in two Metropolitan Opera Regional Final auditions in Chicago and Los Angeles, the latter for which he received Honorable Mention and a financial scholarship from the Metropolitan Opera Studio.

He performed in operas as principal baritone soloist in Germany, Switzerland, and Denmark, and in major cities on the West Coast and in New York. He has also been active as a performer in Lieder recitals and oratorio. Interspersed throughout most of his years of study and performance.

Will was active as a vocal or instrumental music teacher from first grade through college level. Will taught studio and class voice and vocal literature at the state University of New York, College of Arts and Science in Geneseo for thirty three years, retiring in 2008. While there he received the Chancellor of the State University's Excellence in Teaching Award. Over his academic career, Will mentored and helped mold many brilliant and talented young lives.

After writing a book and editing a number of song anthologies with his wife, Anne, he established his publishing company, Leyerle Publications, which currently lists over one hundred titles. William Leyerle was a wonderful and gentle man, with a happy and positive mindset, punctuated with a great sense of humor. He was loved by many over his life, but none more than the loving, extended family he left behind.

Will's ashes, along with his wife, Anne's, will be interred Thursday, August 27, 2020 at 10 AM at the historical Temple Hill Cemetery in Geneseo. His family will hold a private celebration of life at a date yet to be determined.