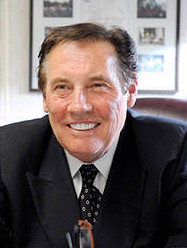 Please share a memory of Dr. Gerald to include in a keepsake book for family and friends.
View Tribute Book

Gerald E. Benjamin was born August 29, 1937 in Springfield, MA the son of Henry and Luciana Plouf Benjamin. He earned his Bachelor's Degree in Psychology and English Literature from the American International College in Springfield, Massachusetts, his Master's Degree in Special Education with a specialization in Elementary Education from Tuffs University in Massachusetts. Dr. Benjamin earned his Doctorate in Special Education from Syracuse University. He was the Principal at Geneseo Elementary from 1972-87 then became the Principal in Cambridge, NY from 1987-90 and returned to Caledonia-Mumford from 1990-97. Dr. Benjamin became the Principal in 1997 at St. Agnes School in Avon and retired after 19 years.

Calling hours will be held on Thursday, August 13, 2020 from 4-7 PM at the Rector-Hicks Funeral Home, 111 Main St. in Geneseo. Please remember face masks and social distancing. Dr. Benjamin’s Private Funeral Mass at St. Agnes Church will be streamed live on http://www.facebook.com/StAgnesAvon on Friday, August 14, 2020 at 10 AM with Father Michael Fowler and Father John Hayes officiating. Burial will be in St. Mary's Cemetery in Geneseo.

In lieu of flowers, memorials may be made to St. Agnes School Foundation, 60 Park Place, Avon, NY 14414.

Share Your Memory of
Dr. Gerald
Upload Your Memory View All Memories
Be the first to upload a memory!
Share A Memory
Plant a Tree