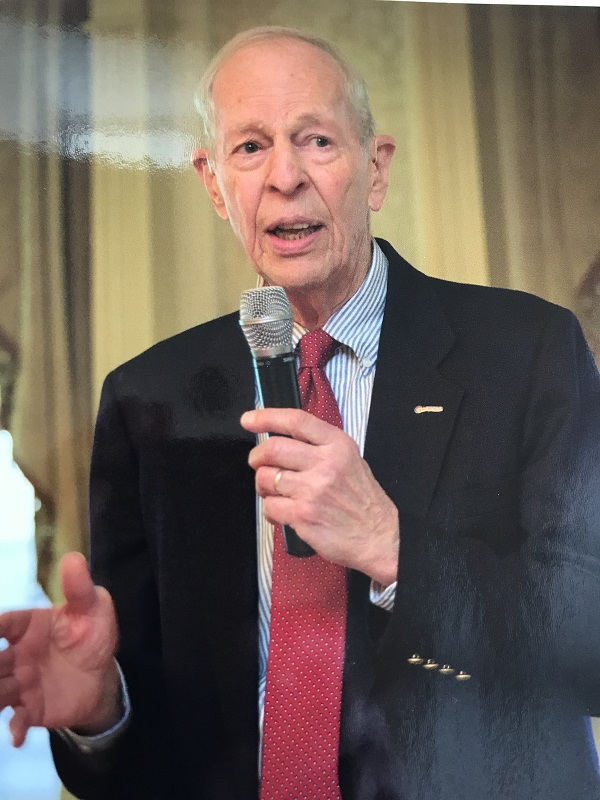 Richard Wayne Mahood, 85, Geneseo, NY, lost his long battle with cancer on November 7, 2019 at home with his family and close friends by his side. He lived by the motto: Be kind, be curious, and be productive.

Wayne was a noted educator and author who called Geneseo home for fifty years. Wayne Mahood was born in Maryville, Mo, and raised in Iowa and Illinois. He graduated from York High School in Elmhurst, Ill and subsequently received degrees from Hamilton College, University of Illinois, and finally, a Doctor of Social Sciences degree from Syracuse University.

Dr. Mahood served a term in the U.S. Army and National Guard of Illinois from 1957-1963. Dr. Mahood began his successful career at SUNY Geneseo in 1969, earning accolades including the Chancellor's Award for Excellence in Teaching, the Distinguished Service Award from SUNY, and Distinguished Educator Award from NY State Council for the Social Studies, before his retirement in 1994. He served as Chairman of the Education Department during his twenty-five years at the college, as well as serving in executive roles with the New York State Council for the Social Studies. Wayne was very active in the local community, volunteering his services to various organizations, including serving as School Board President of Geneseo Central School.

He was an avid writer throughout his lifetime, publishing numerous scholarly articles as well as authoring or co-authoring ten books, including the history of SUNY Geneseo, SUNY Geneseo, From Normal School to Public Ivy, 1871-2007, and the biography of local hero, James S. Wadsworth, General Wadsworth, The Life and Times of Brevet Major General James S. Wadsworth. In total, he authored six books on the Civil War and was a frequent lecturer to Civil War Roundtable around the country. With less fanfare was his weekly family letter faithfully mailed every Sunday for thirty-five years until a week before his death.

In lieu of flowers, donations can be made to the Teresa House, 21 Highland Rd. Geneseo, NY 14454.

Share Your Memory of
Dr. Richard
Upload Your Memory View All Memories
Be the first to upload a memory!