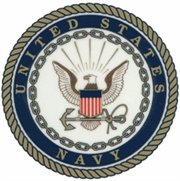 John S. LaGrou, 79, of Barber Hill Rd. in Geneseo, entered into eternal rest on Sunday, December 26, 2010 at the Teresa House Hospice in Geneseo, NY. He is survived by his wife Alice Papapanu LaGrou, children, Stephen LaGrou of Geneseo, Diana LaGrou of Henrietta, Thomas (Lynn) LaGrou of Geneseo, grandchildren, Jenell (CJ) Kosmicki, Jaime DiLella, Jesse DiLella, Allyson LaGrou, Samantha, Ryan and Sean LaGrou, great grandchildren, Rowan and Riley Kosmicki, several nieces, nephews and in-laws. Born in Rochester, NY on February 6, 1931, his family moved to Auburn where they operated concessions at Deauville Park. He attended Holy Family School and later graduated from Aquinas Institute in 1949 after the family returned to Rochester. A Korean War Veteran, he served in the US Navy from 1950-1954 aboard the USS Magoffin and was honorably discharged with the rank of Bosun's Mate 2nd Class. Following military service, he attended SUNY Technical Institute in Alfred, graduating in 1958 with an Associate Degree in Applied Science. Together with his wife and family, he owned and operated Long Point Amusement Park on Conesus Lake from 1958 until his retirement in 1990. He was a longtime resident of Geneseo and parishioner at St. Mary's Roman Catholic Church. Visitation will be held at the Rector-Hicks Funeral Home, 111 Main St. in Geneseo on Sunday, January 2, 2011 from 1-4 PM and on Monday, January 3, from 2-4, 7-9 PM. His Funeral Mass will be held Tuesday, January 4, 2011 at 10 AM at St. Mary's Church, 4 Avon Rd. in Geneseo with Father Edward Dillon officiating. A Reception will follow in the Parish Center. Burial will be in Webster Rural Cemetery, Tuesday at 2 PM. Memorials may be made to the Teresa House, 21 Highland Rd., Geneseo, NY 14454 or the Geneseo Ambulance Fund, PO Box 428, Geneseo, NY 14454.