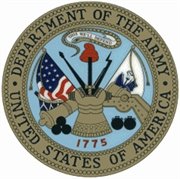 Please share a memory of James to include in a keepsake book for family and friends.
View Tribute Book
James K. Galligan, of Morgan Estates in Geneseo, formerly of Caroline Street, in Saratoga Springs, NY, passed away Sunday morning, Nov. 14, 2010 at the NYS Veterans Home in Batavia. He was 86. Born on July 8, 1924 in Saratoga Springs, he was the son of the late Edward J. and Beatrice A. (Millis) Galligan. A 1942 graduate of Saratoga Springs High School, he was president of both his junior and senior class. A US Army veteran of World War Two, he served with the 15th Infantry Regiment in the 3rd Infantry division as a rifleman and awarded two Bronze Service stars for the EAME (European) campaign. He was also a recipient of the Purple Heart for severe wounds received on the Anzio beachhead at age 19. A life member of the Disabled American Veterans and Gurtler Bros. Post 420 Veterans of Foreign Wars, he was a member of American Legion Adirondack Post 70 and the Saratoga-Wilton B.P.O. Elks Lodge 161. A longtime member of the Saratoga Springs Friendly Sons of Saint Patrick and their Board of Governors, he served as President in 1975 and was chairman of the publicity committee for many years. Employed by the city of Saratoga Springs, he worked in the office of the Department of Public Works for 38 years and retired on Dec. 1, 1985. Jim also worked for the American Totalisator Company for 20 years and at the mutual department for 10 years, both at the former Saratoga Harness Raceway. He was a communicant of St. Clement's Roman Catholic Church and the Society of the Third Division. In addition to his parents, he was predeceased by his wife of over 55 years, Shirley (Hill) Galligan, whom he married on Aug. 29, 1948 and who died July 15, 2004 and a son-in-law, Gary Root. Survivors include three daughters, Maureen G. Root of Geneseo, Paula J. (Thomas) Morsch of Rochester, NY and Jamie M. (James) Cullen of Monmouth Junction, NJ; five grandchildren, Meghan (Joe) Bucci , Erin (Andrew) Hall, Dr. Rene Miller, Gregory Morsch, Ryan Cullen and five great-grandchildren. Relatives and friends may call from 4 to 7pm Tuesday Nov. 16, 2010 at Our Lady's Chapel in the Parish Center of St. Clement's Church. A Mass of Christian Burial will be celebrated at 11am Wednesday in St. Clement's Church, 231 Lake Avenue, by the Rev. Neil Draves-Arpaia. Burial with military honors will follow in St. Peter's Cemetery, West Ave. In lieu of flowers memorials may be made in his name to your local VFW or Disabled Veterans Association.

Share Your Memory of
James
Upload Your Memory View All Memories
Be the first to upload a memory!
Share A Memory
Plant a Tree