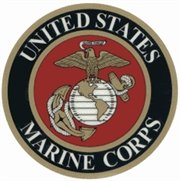 Obituary of William A. Lane

William A. Lane, 79, of Littleville Rd. in Avon, died Monday, October 12, 2009 at Highland Hospital in Rochester, NY. He is survived by his wife Doris Shaffer Lane, children, William (Sherry) Lane of Pavilion, Richard (Barbara) Lane of North Java, Paul (Lisa) Lane of Avon, Dodi (Robert) Stedman of Waxahachie, TX, Karen (Blas) Hernandez of Waxahachie, TX, 13 grandchildren, 15 great grandchildren, 6 sisters, 4 brothers, many nieces and nephews. He was preceded in death by his parents Jake and Mary Lane, and his brothers Oscar and Tom Lane. He was born April 5, 1930 in Ulster, Pennsylvania the son of Dieghton and Mary Ransom Lane. He served in the US Marines during the Korean Conflict. He was retired from Gleason Works in Rochester. Bill was a member of the York Sportsman's Club and Veterans of Foreign Wars Post 634 in York. He enjoyed hunting, fishing and camping with his sons and spending time with his grandchildren. No prior calling hours.. Memorial Services will be held Saturday, October 17, 2009 at 1:00 P.M. at the York Sportsman's Club, 2883 Craig Rd. in York. In lieu of flowers, memorials may be made to VFW Post 634, PO Box 101, York, NY 14592 or the East Avon Fire Department, 1615 West Henrietta Rd., Avon, NY 14414.