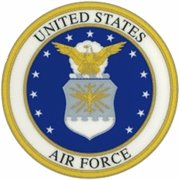 Please share a memory of Michael to include in a keepsake book for family and friends.
View Tribute Book
Michael T. Orlando, 62, of Retsof Ave. in Retsof, died Wednesday, April 29, 2009 at Rochester General Hospital in Rochester, NY. He is survived by his wife Barbara Ferraro Orlando, 2 daughters, Tammy (Skip) Thompson of Honeoye Falls, Michelle (Joel) Arney of Pavilion, his mother, Mary Orlando of Mt. Morris, brother in law, Len (Lena) Ferraro of Mt. Morris, aunts, uncles, nieces, nephews and cousins. He was preceded in death by his father Samuel Orlando. He was born September 14, 1946 in Warsaw, NY the son of Samuel and Mary Montemarano Orlando. Mike was a graduate of Geneseo High School Class of 1965. He served in the US Air Force during the Vietnam War. He owned and operated Panda Transport on Riverside Dr. in Geneseo. Visitation will be held at the Rector-Hicks Funeral Home on Friday, May 1, 2009 from 3-7 PM. Funeral Mass will be held Saturday, May 2, 2009 at 10:00 A.M. at St. Lucy's Church in Retsof with Deacon George Spezzano officiating. Burial will be in St. Mary's Cemetery in Geneseo with Military Honors. Memorials may be made to the York Ambulance Fund, P.O. Box 92, Retsof, NY, 14539 or the Geneseo Ambulance Fund, P.O. Box 428, Geneseo, NY, 14454.

Share Your Memory of
Michael
Upload Your Memory View All Memories
Be the first to upload a memory!
Share A Memory
Plant a Tree