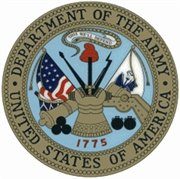 Please share a memory of John to include in a keepsake book for family and friends.
View Tribute Book
John F. Kraker, a resident of Babylon, NY for over 60 years, died Tuesday, April 7, 2009 at the age of 90. He passed away peacefully at the Avon Nursing Home in Avon, NY. Mr. Kraker resided at Morgan View Estates in Geneseo prior to his entry into the nursing home.He was predeceased by his wife, Anita Williams Kraker. He is survived by his brother, Gerald Kraker of Brooklyn and sister, Helen Lindner of Fairfield, CT, many nieces, nephews and dear friends, Jim and Peggy Ainslie of York.John and his late wife Anita enjoyed sailing on the Great South Bay in their boat "Dopalong" and summers spent in their Oak Island home, They were members of several sailing clubs and enjoyed the penguin racing class during the winter months.He was born April 16, 1918 in Brooklyn, NY the son of Joseph and Marie Petchi Kraker. John served his country in World War II as a US Army Captain and commander of a Reconnaissance Squadron Mechanized, 14th Armored Division. He was awarded the Silver Star for gallantry in action near Geroda, Germany on April 5, 1945. He was also awarded the Bronze Star.No prior calling hours.Funeral Mass will be held at St. Joseph's Church in Babylon, Long Island on April 30, 2009 at 10 AM, followed by burial in St. Joseph's Cemetery in Babylon.