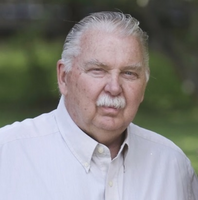 Dutch was born in 1942 and raised in Camden, NY. He was proud to be one of the three founding graduates of SUNY Geneseo's physics program, earning both Bachelor's and Master's degrees. Dutch and Glenda married in 1964 and have called the Genesee Valley their home ever since. Dutch taught high school physics and chemistry for a short time, before pursuing his life's passion working as a restoration contractor for over 50 years. He restored many of the fine homes, churches, and historic buildings in York, Geneseo, and the surrounding towns. He retired after 20 years at Modern Home Center in Nunda. In his final days he remarked he had "many projects left undone."

Following internment at Pleasant Valley Cemetery in York, a memorial will be held Saturday October 16, 2021 from 12-2 pm at the Yard of Ale in Piffard.

In lieu of flowers memorials can be sent to the Ann & Carl Myers Cancer Center at Noyes Hospital at 111 Clara Barton Street, Dansville 14437 : urmc.rochester.edu or to Livingston County Hospice at 2 Murry Hill Drive, Mt. Morris 14510: livingstoncounty.us.